Feel the burn or something

I read somewhere that exercisers are 10% more productive if they exercise to music. On reflection, it may have been 13% but there was definitely some kind of percent and it was a plus rather than a minus figure.

Anyway, as result of these findings, I decided to do my Tabata routine to music. My Tabata videos are music-free. The only motivation on offer, is the enthusiastic encouragement of a North American fitness guru. In many ways, that is motivational enough - if only to get to the end of the video asap, so to fast-forward his sugar-coated, aggravating drawl. However, I considered that music might just turn my productivity up an notch whilst filtering out his voice. Double bonus. 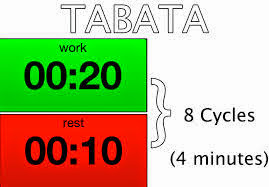 So, last night, I attempted to Tabata in a Trip Hop style. This proved largely un-motivational. Then, I tried a Jungle Drum 'n' Bass combo. This, perhaps unsurprisingly to fans of the genre did make a difference. I almost enjoyed my work-out and when I finally reached the end, I was seriously sweaty. I actually looked like I'd showered before I showered. Yikes - what a sight. I also felt like I'd worked much harder. 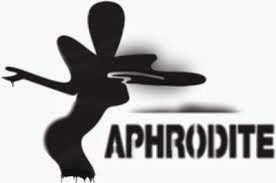 I recommend that people exercise to bouncy tunes. It doesn't have to be a Junglist vibe but something with bass and beats is probably fairly important. If nothing else, the routine will be much more fun that way.

Oh and by the way - Tabata is an effective form of exercise.  It is hard but the 10 second breaks seem to get you through the suffering.  Try it.