Confessions of a sapiosexual

Sapiosexual, according to the Collins Dictionary online is “one who finds intelligence the most sexually attractive feature" and the "behaviour of becoming attracted to or aroused by intelligence and its use”. 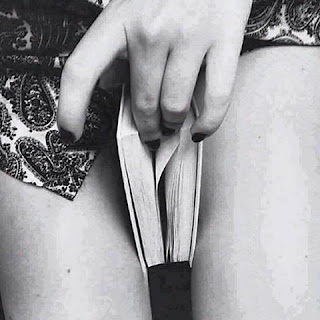 For me, I can extend this to one who is sexually attracted to intelligence, wisdom and geekdom. If someone describes themselves as a geek, my interest heightens. It probably doesn't matter what they're geeky about, just as long as geekdom figures strongly. For example, I recently got excited when a man indicated he was tuning into Horizon, the TV programme.

Tim from Spaced remains the perfect man and not  just because he was played by the hotness that is Simon Pegg. Tim collected comics, he was a talented artist and erm he rode around on a skateboard. He epitomised uber geek and he did it with super cute ginger stubble.

If a man uses a word I've never heard before, my attraction radar surges to Defcon 1. Likewise if he uses somewhat poetic, non-standard language, my brain enters orgasmatron mode. Long complicated words, beautiful poetry, technical phrases that I don't understand are all tantamount to talking dirty to me. In other words, I like big words and I cannot lie.

The sapiosex-generator doesn't need to be traditionally good looking. Obviously the gentleman in question would need some kind of physical sexiness. This could be height, beautiful hands, a beard, sparkly eyes, ink or (take-me-now-swoon) a combination of these. If we combine sapiosex-generator with a Scottish accent, for example, then I'd be overcome with excitement. Gosh, I'd be dropping my white handkerchief accidentally on purpose and waiting for him to return it. ;-)


The brain IS an erogenous zone and it needs stimulation by another's intellect. The manner of intellect would need to have some roots in cultural capital. For example, I would not be excited by an in depth knowledge of the ‘beautiful game’. I've nothing against football and used to rather like the unity in the fanbase. But knowledge of footie has nothing to do with wisdom or intellect. It has more links to knights jousting than professors researching. And to comedically quote Shania Twain, “that don't impress me much”.