The red string of fate

The red string of fate is a Chinese http://en.wikipedia.org/wiki/Red_string_of_fate legend based around the idea that two people are tied together or destined to be. Generally it is thought that two people are connected by a red string from their little fingers. This idea of predestined lovers, is similar to that of the Western notion of a soulmate.

The red string of fate is also present in Japanese legend.  It has been referenced in Magna, Anime, film and music. 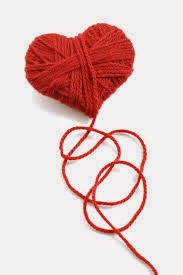 Regarding music, I'm drawn to two tracks by Sucioperro called 'Reflexes of the dead' and 'Threads'. In both tracks, the protagonists are connected by red string. The songs suggest that the connected two remain tied together, no matter what. The album these tracks are taken from is called 'The heart strings and how to pull it'. This again echoes the red string of fate legend.

I've always been fascinated by fate and destiny. In particular, I like the idea of a soulmate. Whether fate has any connection to reality is open to debate. Contemporary fiction is filled with the idea of star-crossed lovers that will somehow be together, against all the odds.  In this vein, two films that stand out for me are 'Sleepless in Seattle' and 'An affair to remember'.  As fans of the first will know, 'Sleepless in Seattle' heavily references 'An affair to remember'.  I believe that art follows life and life follows art.  Perhaps with the red string of fate and similar concepts, fiction captures more than myth and legend.

The red string of fate or soulmate love, is a far-fetched notion for some. In particular those people who rely upon logical explanations.  In my opinion, some things have no logical explanation.  Some things just are.  Some things happen simply because they are meant to.  Perhaps the red string of fate is one of those unexplainable realities that sits outside known logic. I certainly hope that it is.