A place in my soul

It has dawned on me - dawn being rather apt, given the subject of this post - that for me, Crewe is the place of endings, beginnings and yet is profoundly liminal.


We caught a train to Crewe, when I left my marriage. It was an unintentional destination, just a choice between two sides of a level crossing. After one night in a hotel, whilst I decided whether i was brave enough to stay away - we moved into a house which belonged to a women's refuge. Somehow, my daughter knew we'd move there before I did. She was very distressed that we were in the wrong place about two weeks before we left my ex husband. She described the colour of the two doors on the semi-detatched house we ended up in, and was determined that we already lived there. It seems that young children are not restricted by time.  The refuge was, by it's nature, liminal. Our in between phase - emotionally and spatially. A difficult time but it gave me great strength for our future. 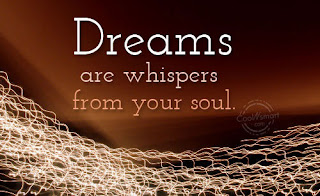 Once we found a home, Crewe became our new beginning. It was from our apartment that I returned to myself. I walked on eggshells frequently before I left my ex - because if I trod carefully, I might avoid the abuse. It took a lot of time to remember that I could stomp as loudly as I wished and it was completely safe to just be me.


My journey with my current employer began at Crewe. Physically, it will soon continue elsewhere, as we are to move sites. In my heart I feel something of a lament. As a town, it certainly lacks glamour but it has space in my soul.


Sometimes endings lead to beautiful new beginnings.  Indeed, a particular space can encapsulate the end, the transitional and the start.


Thank you to Crewe. If not for you, I might be less me.