The first record I bought was The Buggles, Video Killed the Radio Star. This song comments on technological advances and grieves the emphasis on image in video rather musical focus through radio.

In certain respects this song connects my thoughts to Ludschuch. A place that is emblematic of a desire to retain heritage and a refusal of the progress which threatened it. The Luddites met there. There are other stories associated with the space. In general there is a nature theme running through them.

Ludschuch, in turn, reminds​ of Tolkien. Whose books have been described as a metaphor for industrial age that ripped through the countryside. His fear that human's were emphasising greed-power as opposed to soul-power were portrayed through the elves, ents and orcs in Lord of the Rings. 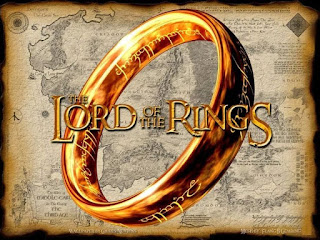 Change is necessary and progress can be marvellous. Yet progress should not destroy otherwise it is the opposite of it's alleged intention. Music should never be secondary to image, as represented by the video star. If we must worship nature, the very stuff of life, in secret, as the Luddites did then humanities priorities are in grave question.

I see Sauron as a terrifying representation of a power crazed society. Where money and control is deemed more important than oxygen. Trees are ripped out. Resources are monetised. Human life is secondary to wealth.

We need to return to something pure. We must value human life over money because money has no value without​ humanity. What use is power if the planet is dead. There would be nowhere to wield it. Appearance is irrelevant without a soul to wear it. As someone once said, we do not have a soul, we are souls.

We must re-prioritise. It is time.