The dating site is the modern route to meet, date and fall in love. At least that's the theory. It also provides a gateway to romance cons (rom cons). There are so many 'acceptable’ configurations of ‘relationship’ these days. The looser definitions are contrary to everything you thought you knew about dating. The worst of these configurations is Skyping sex. This leads me to two descriptions of the rom con. 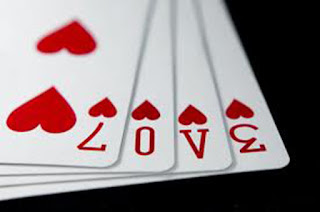 The short con:
Essentially it goes something like this. A series of short, banter driven messages ensue. It's fun. You're impressed by their wordplay. A safe distance in, they claim that the dating site is so annoying. It doesn't always send messages. The app is playing up. Or similar nonsense. They acquire your number. A series of quick yet steady messages roll out via WhatsApp. The interplay is conversational. You feel like you are actually chatting. The messages become more flirty, then more sexual. You go with it somewhat because you like them.  They ask for a pic. Then send you a pic. These messages are always mixed with hints and promises of dates. The Play: to get you on Skype naked. Odds are: do the short con often enough, some woman will be Skype sexing within days. The Risks are: a high chance it won't work and the rom con artist will have to lure in his next candidate.


The long con. A stand out, long, adoring first message with a unique angle. Probably something poetic about your eyes, hair, coupled with compliments on who you seem to be as a person. Followed by a series of intense, long messages which are intellectual, wordy, frequent, profoundly complimentary. At some stage, could be days or even weeks later, long phone calls commence. These are designed to pull you in further. It's a relationship via a handset. Except it actually isn't a relationship. Masses of plans are discussed. No actual plans are made. They're just discussed.  It's theoretical. It's designed to con you not date you. These intense interactions are always coupled with long gaps between messages and calls. The rom con artist is constantly available, followed by, game playingly unavailable. At some point Skype is suggested. They say, I really need to see you. You're so beautiful. Blah blah and other platitudes. The Play: to get you on Skype naked. The Odds are: because of the build up, because you feel you know him, you'll agree to Skype. The Risks are: it's difficult to con more than one woman at once. The long con is time consuming.


Someone who is interested in you, will talk about your hopes, dreams and thoughts. They'll want to know you. They'll want to meet you for dinner. They'll hope for sex but they won't be solely driven by it.


It's changed out there. It's a bit scary at times. Romantic configurations are not what they were. This is rather sad.  However, this is an excellent rule of thumb: if someone needs to see your tits before they take you to dinner, they'll never take you to dinner.

As Biffy Clyro once said “know your quarry”.