So I have fallen in love or maybe it's obsession.  I haven't fallen for a man or, for that matter, a woman, I've fallen in love with tattoos.  A tattoo or two had long been on my to do list.  I was always a little bit scared of the pain.  As it transpired, I had reason to be, it does hurt but not as much as you'd imagine.

As at this very moment, I have two tattoos. I have five more planned.  It's work-in-progress.  If I had the money, I'd just get them all done as quickly as schedules allowed but pennies or rather the lack thereof prevents fast progress.

My tattoos thus far are mistletoe and the number 57.  Mistletoe relates to kisses.  57 is both a Biffy Clyro song and my lucky number.

Planned tattoos include: a clock, a stylised amber rose, a butterfly tree and a line drawn butterfly.  I'm a little hazy on the locations.  But the butterfly tree is definitely going on my upper back.

Pictures:  57 has been created today so it is a little sore and somewhat darker than it will be in a week or so. 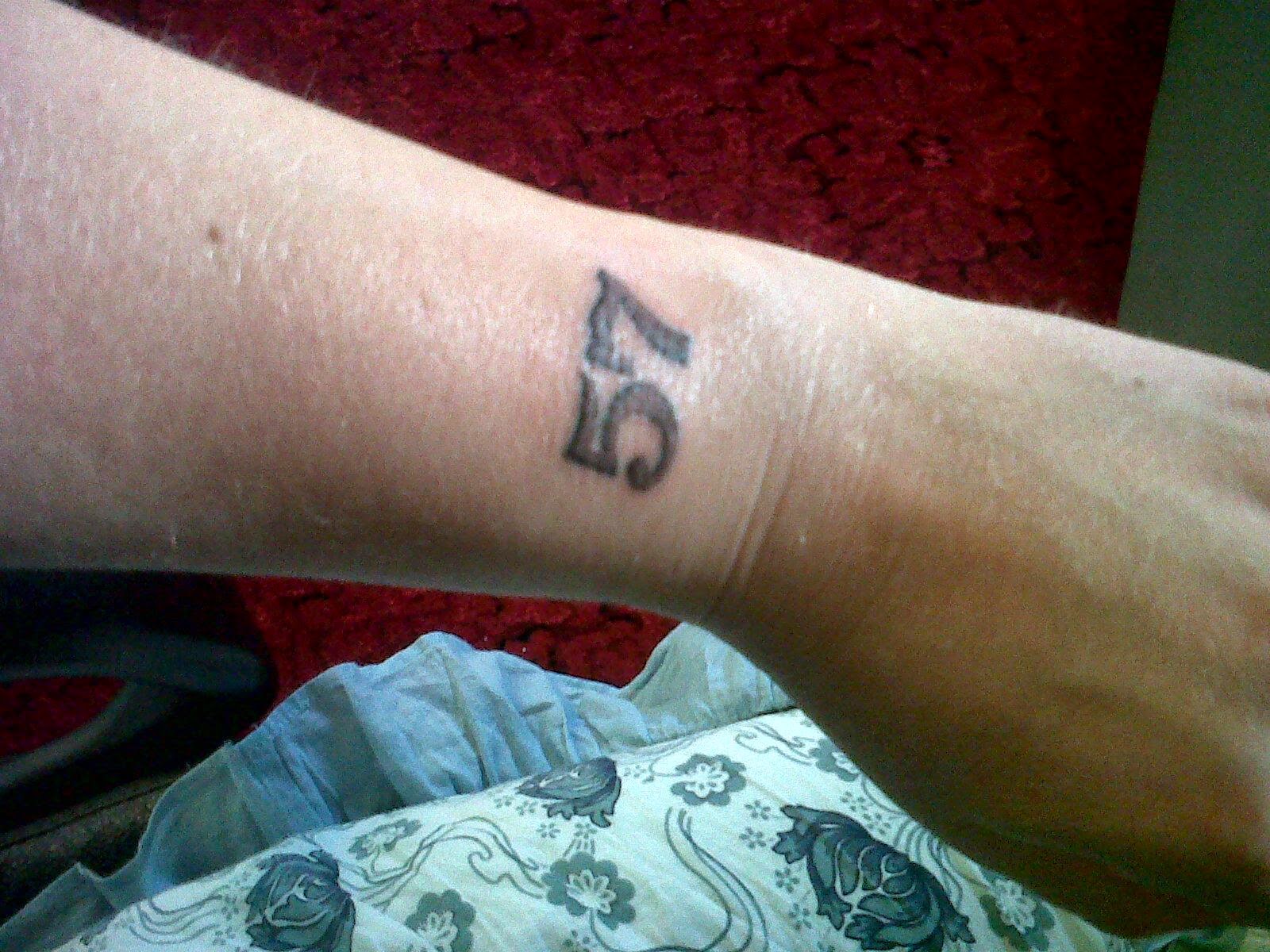 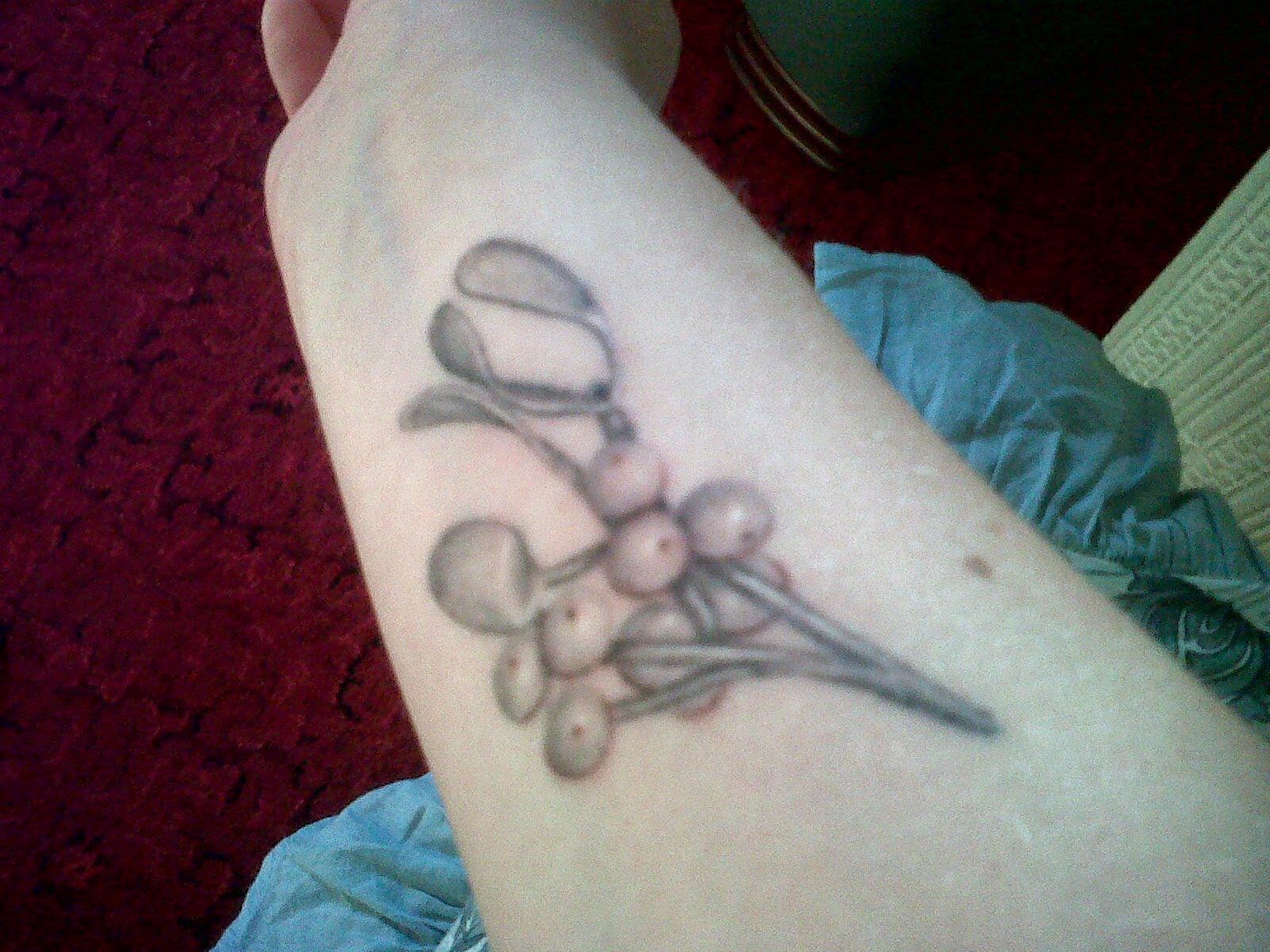